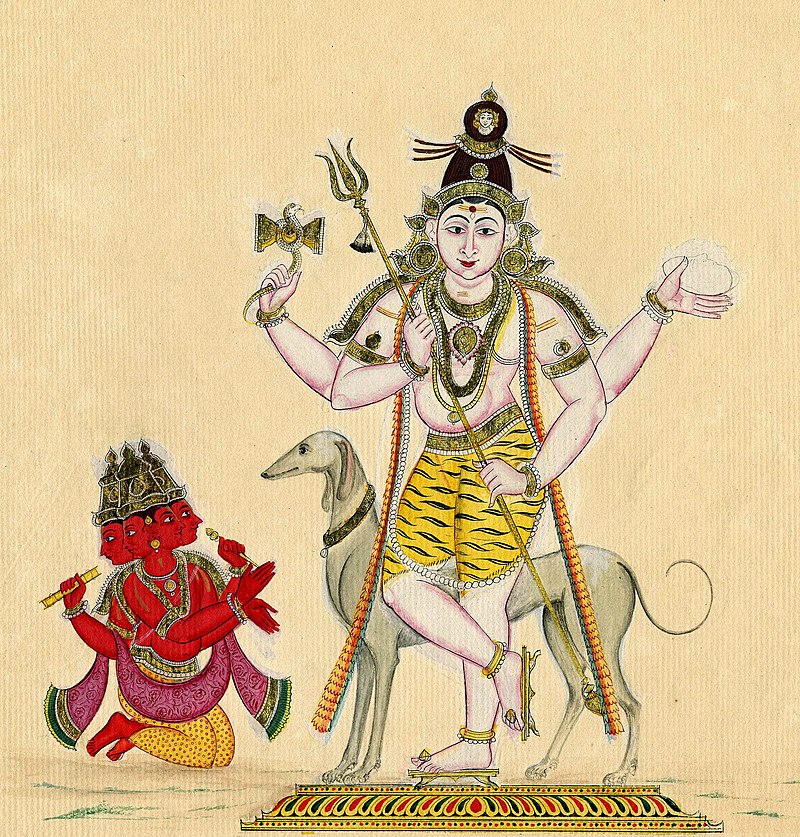 Here’s the second part of three of the podcast episode I recorded with Conor on Cannabis & Alchemy.

As always when rambling like this, there are a fair few inaccurate or misleading things I said that need clarifying here.

For context, ‘siddhi’ is a word used in India – particularly East India – for cannabis, more often than not specifically for the most basic form of cannabis product, i.e. bhang.

‘Siddhi’ can be translated as ‘power’, ‘magical power’, ‘success’, ‘accomplishment’, or ‘realization’. The very close association between cannabis and the Tantric traditions of the Siddhas (i.e. Tantric adepts) such as Matsyendranāth and Goraknāth is how this came to be a popular cannabis name throughout East India.

Siddhis are traditionally considered as of two types: clairvoyance or levitation would be ‘mundane siddhis’. Enlightenment or realization would be a ‘supramundane siddhi’. In the Matsyendrasaṃhitā, a Tantric compendium associated with the Nāth traditions, cannabis is directly equated with manonmanī, the supramental state, i.e. supramundane siddhi. ‘Siddhimūlikā’ – the root of accomplishment – is the name used there for cannabis, and this name is also found in the first text to ever describe the sinsemilla technique, the Ānandakanda.

But worth pausing to consider here is that praise epithets such as this are a trope of Indian literature on ‘intoxicants’ and herbs. The name ‘siddhimūlikā’ is also accorded to a plant that most of us would probably agree is considerably less exciting than cannabis, namely the radish.

Because the discussion strays off cannabis per se onto broader questions of ‘magic’ and ‘magic versus science’, here are a few further clarifications and links.

‘Repeatability’ gets mentioned, though I think what Conor was meaning is more just whether we can test any of this. There’s the Division of Perceptual Studies at the University of Virginia, which is one among various formal academic contexts in which questions such as reincarnation and ESP are getting studied.

In the context of the discussion on the podcast, it bears emphasizing that according to experienced Nāths or lamas meditative states of bliss are very much repeatable in the sense of being a regular occurence that can be cultivated and in due course experienced at will. Of course, a narrow view of such attainments could construe them as mere ‘subjective’ states – even if they may perhaps correlate with brain activity – by contrast with ‘magic powers’ that involve manipulating the external world or appearances. One of a number of notable exceptions to that is a meditation technique originating from the Buddhist Siddhas that generates readily measurable effects involving marked increases in body temperatue, namely tummo – a well-known study of which was instigated by a 1979 visit of the Dalai Lama to Harvard University. 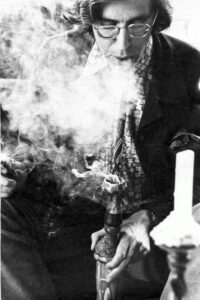 In the late 60s, Abrams’ tireless activism – ingenious and very funny too – brought the UK as close as it’s ever been to decriminalization or legalization of cannabis.

Yarns told by Abrams – such as how he and a friend of mine’s dad smuggled Afghan hashish back along the Hippie Trail to the UK by insuring it as antique artwork through London auction houses – were a source of inspiration for my own adventures, along with their insistence on how much nicer and better authentic old-school cannabis was than the likes of Skunk, which they loathed.

Round at his cluttered flat in Notting Hill with a pipe of hash always on the go it was clear Abrams’ real passion was the philosophy of A. N. Whitehead, but eventually he got talking about how his work on extrasensory perception (ESP) and synchronicity at Oxford University led to his getting unknowingly embroiled with the CIA and Project MKUltra.

For more about Steve Abrams there’s this on the Wootton Report. For his involvement in Project MKUltra, there’s ACID: A New Secret History of LSD. Plus, there are all his papers and a good biographical note at the Wellcome Collection, including his battles with the CIA over MKUltra.

For a freely available Buddhist manual of meditation that involves magic, there’s the Visuddhimagga. One potentially misleading term I repeat in the interview is ‘trance’ or ‘trance state’, which I’m intending to mean a state of one-pointed concentration or ‘mental absorption’ such as is cultivated in meditations such as the jhanas (as explained in the Visuddhimagga). To the best of my knowledge, no Buddhist traditions use cannabis to catalyze such states, but closely related traditions to Tantric Buddhism such as East Indian Shaktism certainly did, found it greatly facilitated meditation, and make a point of singing its praises.

Another name used for cannabis in Tantric contexts is ‘samvid’ – i.e., saṃvidā (संविदा), in the sense of ‘consciousness’.

One point that I’m unclear on when the discussion strays off cannabis onto Tantric Buddhism is the distinction made there between mundane consciousness – i.e., consciousness that merely knows things and concepts – and the true nature of ‘mind itself’. Consciousness in that limited sense of ordinary mind is vijñāna in Sanskrit or in Tibetan རྣམ་པར་ཤེས་པ་ – ‘nampar shepa’. By contrast, in a Tantric context the true nature of mind (སེམས་ཉིད་, semnyi) is described through terms such as ‘awareness and emptiness’ or ‘clarity and emptiness’.

What does any of that have to do with cannabis? Well, it’s very close to the type of thinking or worldview of the Nāths of the Ānandakanda who first set down the sinsemilla technique (among whose list of Nine Naths may well be the Buddhist Siddha Virūpa). Specifically, this relates to how they understood the true nature of the mind and the highest deities of their pantheon, Bhairava and Bhairavī. ‘Samvid’ is likewise one of the names of cannabis used throughout the cannabis sections of the Ānandakanda. The image above shows Brahma offering obeisance to Bhairava – together with Bhairava’s sacred animal, the pariah dog…. though in this case looking a little flop-eared and posh…