Indian Alchemists and the Roots of Sinsemilla 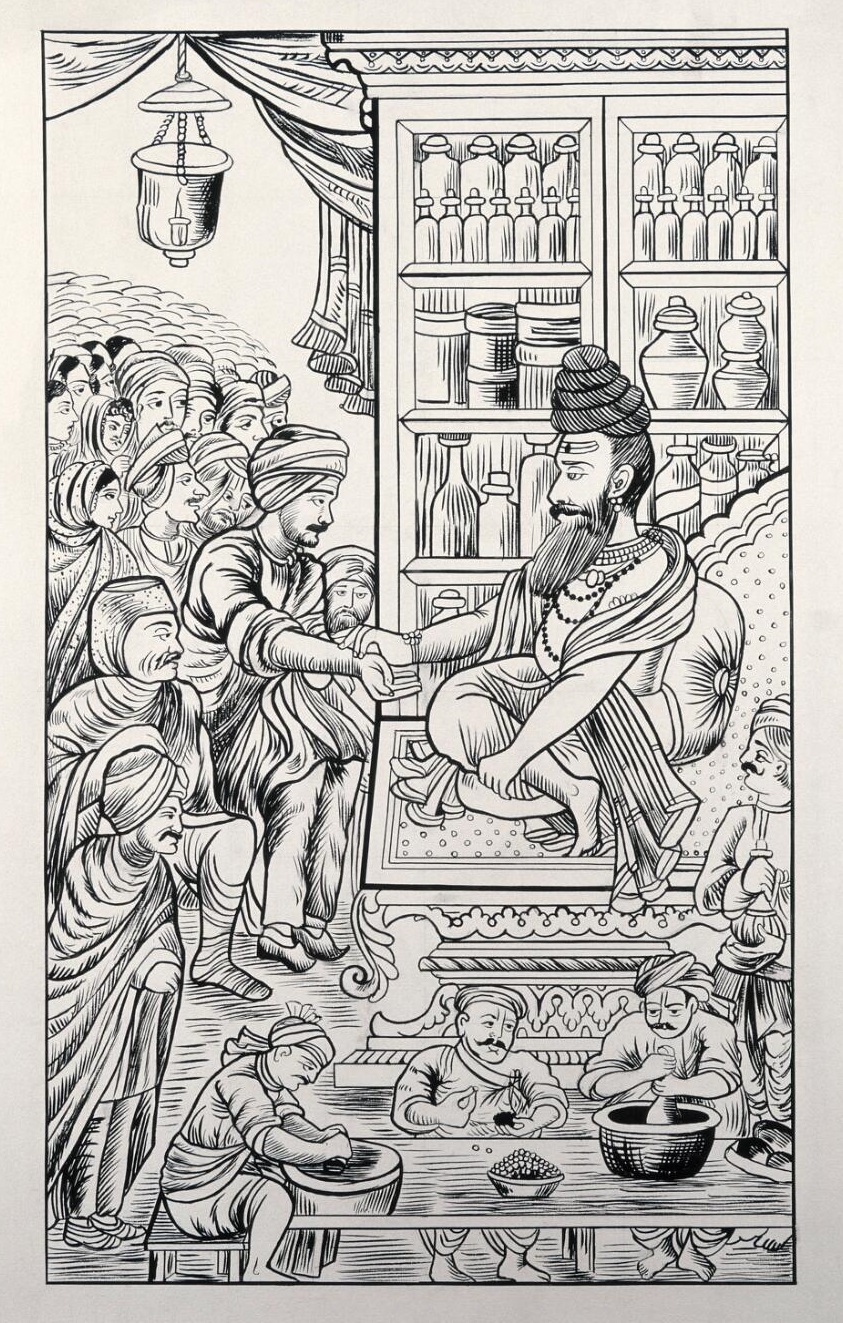 There is a far older word for seedless bud than ‘sinsemilla’, namely ‘ganja’.

The so-called ‘sinsemilla technique’ was first set down in Sanskrit sometime from the 12th through 16th Centuries in a vast alchemical compendium named the Ānandakanda (आनन्दकन्द) or ‘Root of Bliss’.

Most likely compiled at the remote jungle highland temple complex of Srisailam, southeast India, the Ānandakanda and its long section on cannabis, the Vijayākalpa (विजयाकल्प), were the work of householder Tantric alchemists known as Nāths.

Focused on Bhairava, a fearsome antinomian form of Shiva, one of the great things about the Nāths and Nāth Siddhas of the Ānandakanda is their total receptivity to knowledge, practices, and peoples from all walks of life, whether Buddhist, Muslim, Brahman, Jain, or tribal animist.

A new podcast on Cannabis & Alchemy with Angus and Conor of CANNAMANtv is recording Wednesday 27th July and will be available online soon after.

Note that the image above is an 18th Century illustration of the physician Suśruta, a semi-legendary figure and not himself a Nāth.

Meanwhile, there’s this from Patricia Sauthoff and the SOAS Centre for Yoga Studies:

A 12th Century image of Bhairava from Karnataka, southwest India