A Sativa-type landrace employed by Naga communities in the highlands of Ukhrul, Manipur for commercial production of ganja.

Fields in the Ukhrul region are grown on a very large scale. Most cultivation occurs in the border highlands near Burma (Myanmar), but for the urban markets of India and Bangladesh. Buds are typically allowed by farmers to be heavily seeded.

Despite this crude cultivation method, the Ukhrul strain has definite potential. An experienced grower in the West familiar with modern hybrids such as Haze described the Ukhrul strain as “very strong Sativa smoke, energising, mildly trippy, comes over in waves…. my favourite landrace to-date.” Another noted the “mango, flower, and fruity syrup aroma—a pure delight.”

Traditionally, Cannabis is not a household crop of the Naga, unlike their neighbours such as the Meitei and Bengalis. Naga communities appear to have begun cultivating ganja comparitively recently, in response to increased demand from lowland Indian communities during nineteenth-century economic expansion into Assam.

Compared to Bengali or Manipuri ganja, the crude Naga ganja was thought by the ninteenth-century British to be a “jungle product”. There is a degree of truth to this, in so far as Naga farmers are said to sometimes allow stands of ruderal Cannabis to naturalize in the highlands. By comparison, the more sophisticated methods employed by Meitei ganja farmers would not allow weedy populations to affect cultivated crops. That said, if some Naga fields are crop–weed complexes, this may explain their hardiness and diversity. 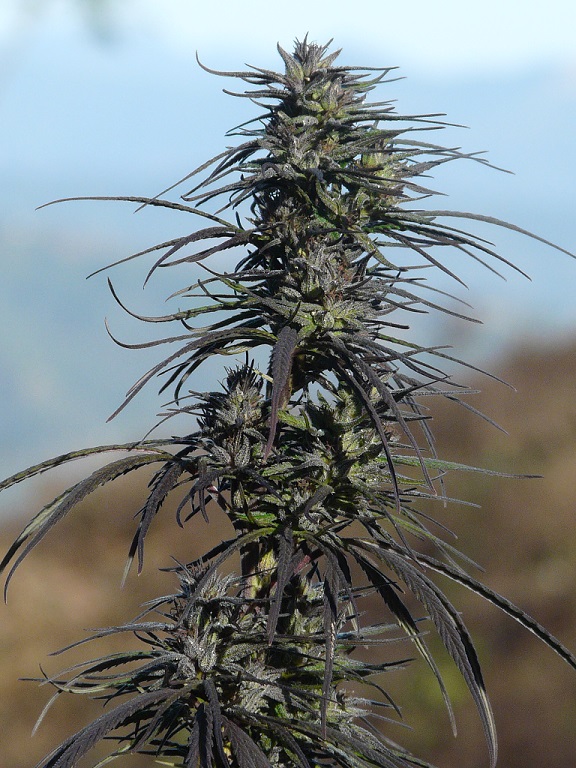