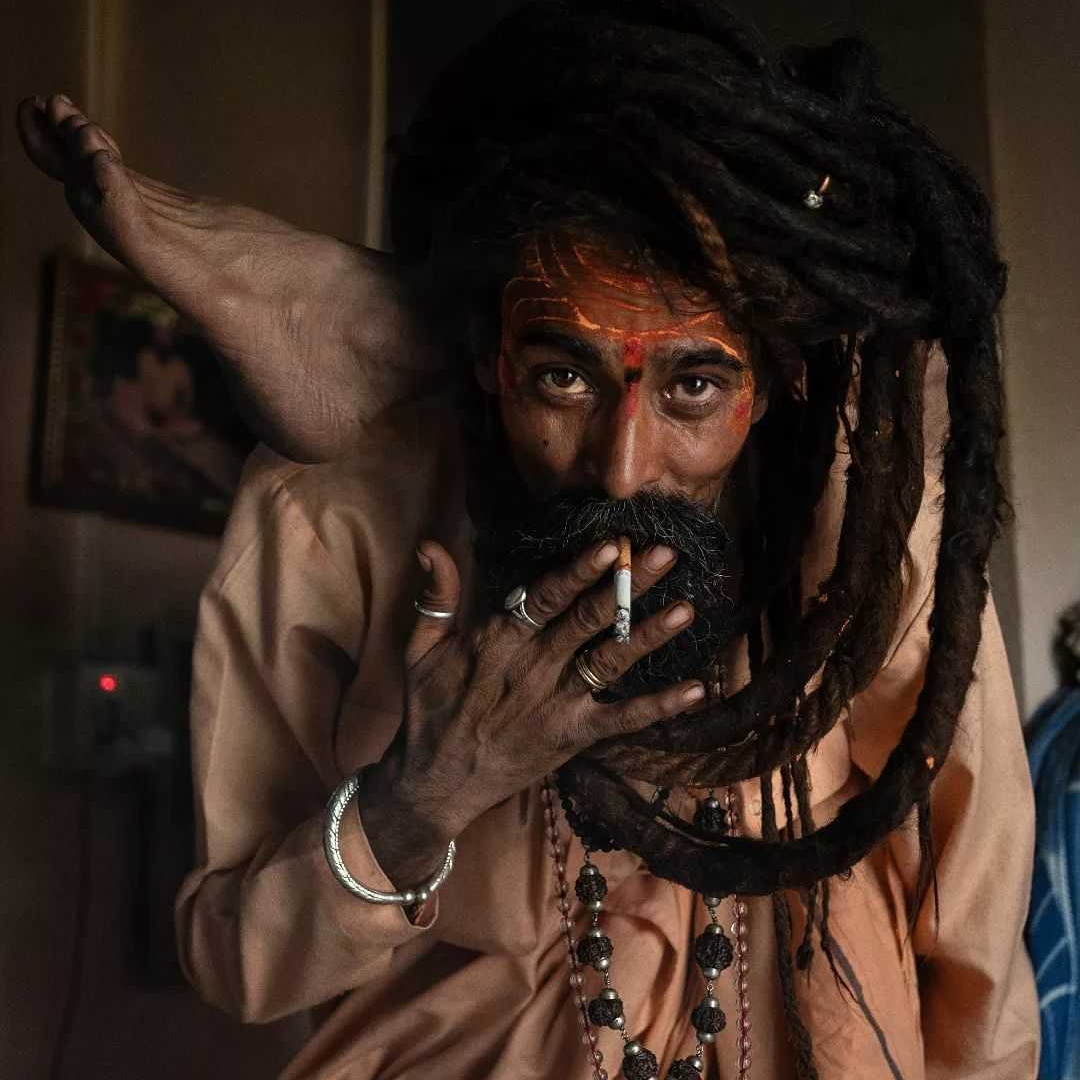 Tobacco arrived in India in the early 1600s with European merchants and rapidly catalyzed a widespread new popular culture of smoking cannabis.

Only at the end of the 1700s do Indian paintings begin to show the now globally familiar scenes of stoned dreadlocked yogis smoking cannabis in hookahs or chillums.

At a sadhu dhuni (sacred fire), rounds of chillums and sweet milky tea can circulate from morning until the last meal of the day, especially at those of the wilder groups such as the Juna and Nirvani Akharas.

While chillum smoking involves sacramental aspects like invoking Shiva when sparking up – ‘Bom Bholenath!’, ‘Jai Shambo!’ – the day-to-day reality of this mode of cannabis use among sadhus is far from the more imaginative Orientalist notions such as cannabis being Soma and so on.

In practice, chillum smoking is mostly about habitual, tonic, and social use. Tobacco and cannabis make for a powerfully habituating combination. Tonic use means taking the edge off the physical ware, occasional hunger, and frequent tedium of the sadhu lifestyle. Social use similarly involves small-talk and gossip, though can take spiritual forms as at bhajans. But none of this is about deep states of cannabis-fuelled yogic trance – and is totally incompatible with it, in fact.

Sadhus such as Naths do have tantric techniques that can be integrated with chillum smoking. These involve esoteric concepts such as seed mantras and moving the breath through subtle energetic channels (nadis etc). But the same processes can be applied with other substances and are not at all specific to cannabis.

That said, there are traditions of sacramental ritual use of cannabis among yogis, in some of which consuming cannabis is even compulsory. But these involve eating or drinking very large doses – upward of a tola, c. 12 grams – of bhang, and far more murky realms such as nocturnal charnel grounds….