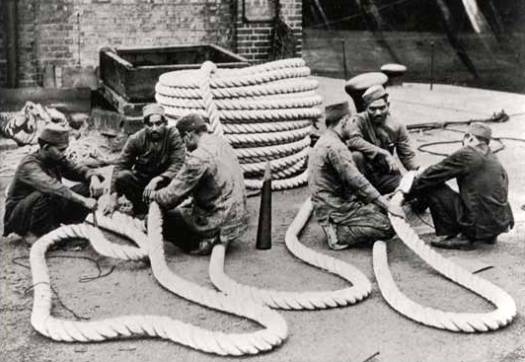 New at CANNAMANtv – enjoyed this and looking forward to the next one on Cannabis & Alchemy.

Shown in East London at the Royal Albert Dock working on hemp cordage for rigging are a group of lascars.

Lascars were block-hired crew from anywhere east of the Cape.

Mostly Muslims – Egyptian, Somali, Indian, Malay – lascar maritime labourers were central to the worldwide diffusion of cannabis, crewing ships during the Age of the Sail, the era during which cannabis became the global phenomenon it is today, primarily in the form of ganja.